If Your Entire Yoga Class Jumped Off A Ledge, Would You Do It Too? Why You Shouldn’t Always Do What The Instructor Says
Close 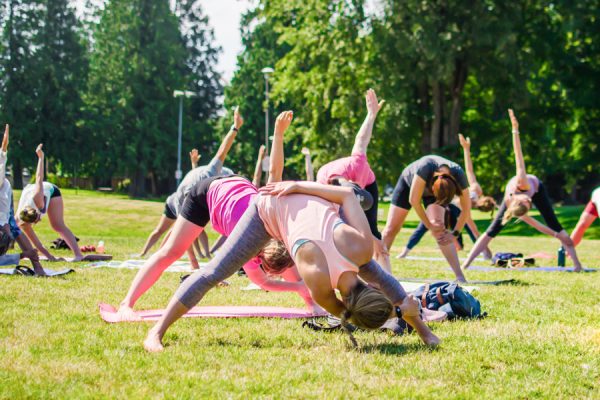 If something in a class doesn’t jive with you, don’t do it.

I went to a yoga class where they did a lot of kundalini movements. Maybe I need to learn more about kundalini to truly appreciate it, but I don’t think it’s right to be doing one motion for several minutes, especially if you have a lot of tension, inflammation, or pain in that area. Prolonged, repetitive movements seem to be what kundalini is all about though.

Everyone held out their arms at their sides and rotated their wrists for a few minutes. Over and over. I have super tight shoulders, and already use my traps far too much, so I really didn’t want to work on something that was already overworked on my body. So, I modified. I did my own thing, working on opening up my arms and shoulders in different ways. At first I felt a bit weird and rude for not doing what the instructor wanted, but then I thought, I’m the one coming to this class, and it’s my body, I should be allowed to do what I want with it.

If a move doesn’t suit you, truly doesn’t serve you, then don’t do it. I’m not saying don’t do something just because you don’t feel like it. Sometimes it’s good to do things that are hard – it’s not about that. But don’t feel like you have to do the exact same moves as everyone else in a yoga or fitness class because the instructor says so. The instructor doesn’t know how your body is feeling. The other students in the class certainly don’t know. So don’t force yourself to do something that doesn’t feel right. Don’t compare yourself to others.

So often we try to look perfect in a yoga pose, instead of focusing on alignment to make sure we’re doing it right. You’ve only got one body. Take care of it. If you know a pose is doing more harm than good for your body, don’t do it.

New To Yoga? Here's What You Need For Class
A Full Body Stretch Routine
Hunched Shoulders: Two Exercises To Improve Your Posture