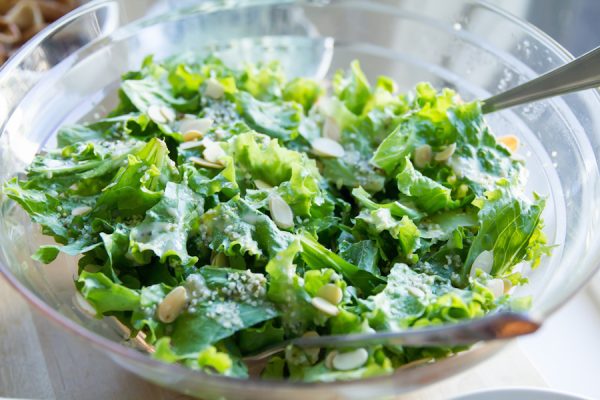 Awhile back I decided to try a diet. Not to lose weight or get slim. To get rid of my psoriasis. Psoriasis is a hereditary skin condition that causes itchy flakey patches of skin. Sexy, right? I’ve had it since I was a child.

I’ve obviously lived with it for ages and survived (by doing UV light therapy and using steroid creams prescribed by a dermotologist), but there’s a lot of anecdotal research suggesting that diet could play a major role in causing flareups. Many people claim they’ve cured their psoriasis by changing their diet. So I figured why not give it a try. For 3 months.

The diet was pretty intense, not going to lie. It was a strict version of the Keto diet, where your body runs on protein, veggies, and fat (for energy, instead of carbs). In other words, you’re in a state of Ketosis.

So that meant no:

Why 3 months? Because apparently that is a sure gauge to see if a change in diet is having positive or negative effects. If you just do it for a few days you’ll just be guessing, if you do it for a few weeks that’s a better indicator, but 3 months is supposedly enough time for everything that was in your system that shouldn’t be to get out. And an elimination diet like this one is supposed to be good because then when you bring stuff back into your diet you can see how it affects you.

I was basically following Nick Lamborghini’s diet (he claims to have gotten rid of his psoriasis by sticking to this diet).

My food intake for 3 months basically consisted of:

And that’s basically everything. Exciting, huh? I wasn’t even allowed carrots or sweet potatoes because they’re, well, sweet.

Was it easy? Hell no. The first week I went through all sorts of flu symptoms because I was so hooked on sugar (I have quite the sweet tooth). I’d been cutting down on caffeine for awhile so that wasn’t so bad, it was definitely the sugar and carbs that hit me hardest. Plus I don’t really like meat all that much. Every once in awhile I love having steak but to eat chicken and meat every day was NOT appealing to me. I was allowed eggs as well, which aren’t my favourite, but something I ate a ton of on the diet.

I craved macadamia nuts like it was nobody’s business. At first I couldn’t understand why, but eventually realized it was because my body was no longer running on carbs, it was now running on fat. Macadamia nuts are LOADED with fat, and salt of course. So they were like my potato chips. I can’t help wondering if I had way too many of those which could have affected the diet. Who knows.

One of the biggest frustrations of the diet was not being able to go out and socialize freely. I don’t mind restraining per se, it was more about not being able to join in on the fun of trying out & discussing a new type of wine or dessert, or any food really. My diet was so strict I couldn’t be sure what restaurants added to things (like butter or anything processed for example), so I ended up being quite a hermit just to make sure I didn’t eat the wrong thing. I really hampered my social life.

Constipation. So much meat and fat and probably not enough veggies definitely stuffed me up. My body was in dire need of fibre – man was I happy to add some fruit back into my life later.

Did it work? Nope. There are other diets online that suggest going vegetarian, or even vegan, in order to cure psoriasis. Some say to cut out eggs, others nuts, others say both. So maybe it was the wrong diet for me. I’m just not quite ready to do another 3 months of a diet.

I did, however, lose a bunch of weight. Even though I was eating a lot of fat my body was using that for fuel, so I wasn’t storing it as fat. I was also extremely low in energy for the first couple of weeks, partly because I probably wasn’t eating enough. I eventually figured out what I’d enjoy eating enough to get the fat intake I needed (hence the macadamia nuts).

As I ended the diet and started bringing back other food I didn’t notice much change in my skin. I did get itchy with sugar though, and noticed that quickly. Especially wine (dammit) and 5 cent candies (give me a break, there’s no such things as 5 cent candies anymore, more like 25 cent). I also noticed myself get congested almost immediately when eating dairy again. It definitely plugs me up. And gives me gas. Great.

Doing the diet did, however, prove to me that I could be diligent, and stick to my guns. I never cheated once. Not once. I was pretty proud of myself for that. And felt very happy to eat my desserts after I was off the diet. Needless to say, I gained back the weight I’d lost once I went back to regular food for awhile.

They say that cravings should be gone after 3 weeks, but my sugar and carb cravings never truly went away. They were definitely diminished though. I didn’t need them nearly as much, and I wasn’t hungry nearly as much. I could go longer without eating, probably because my sugar levels were no longer spiking then crashing. I used to get really low blood sugar (to the point of fainting suddenly). It became such a common thing that I could sense when it would be likely to come on, because I’d get a headache and dizzy. On the diet I didn’t have this issue. But as soon as I reintroduced sugar I was loving it again, like I’d never stopped. That makes me think my sugar addiction is stronger than I’d ever realized. That shit is intense!

Have you experimented with diet to try to get rid of your psoriasis? Have you had any luck? I’d love to hear your experiences!

Will Insect Protein Be The Next Big Thing?
Easy & Delicious Snack Recipe: Roasted Chickpeas
Are We Destined For A World Without Peanut Butter?