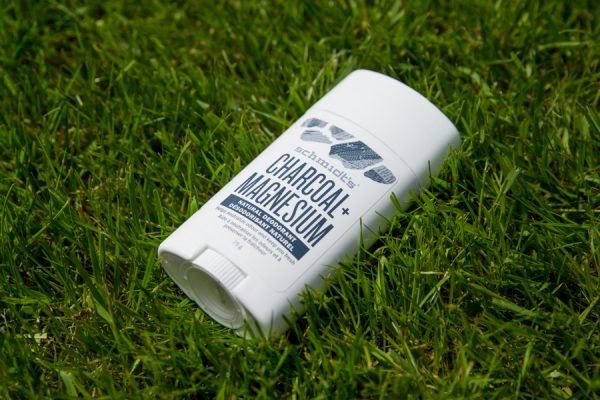 I spend a lot of time at a dance studio so I can very easily tell who is and isn’t wearing deodorant [feel free to insert throw-up emoji here]. I’ve always worn antiperspirant because, well, as a teenager, who isn’t paranoid of sweating in front of their peers? My go-to antiperspirant for years was Mitchum Women’s Advanced 48 hour protection. I suppose my logic was why have protection for less time when you can have it for more? And why buy the male version when you can spend more on the female-friendly pink and green option that costs more? Oh the joys of paying more for the exact same thing because you’re female (also known as The Pink Tax, no joke, it’s a real thing).

As the environmental craze picked up steam I started to hear more and more about how bad antiperspirants were for you, and that more and more people were switching to deodorant or crystals. Crystals? Yeah that’s also a thing. I haven’t tried it yet, that’ll definitely be something to test out, but that’s for another day.

Why are antiperspirants bad? Well they contain aluminum, among other things, which may increase the risk of breast cancer, and has been linked to Alzheimer’s in some studies. Yikes. Is the research clear on all of this? No, but still, slightly unsettling.

And even if they’re not actually THAT bad, the ingredients still aren’t natural, so why not switch to something that has ingredients you actually know and understand?

For ages I considered switching, but was never motivated enough. Then my boyfriend and I decided to get pregnant and I really started thinking about everything I was putting on & in my body (because it can obviously affect the baby). So finally, I made the switch.

I’ve been using Schmidt’s Charcoal & Magnesium Natural Deodorant and am really liking it (thanks, Lauren, for the suggestion!). I started off using Schmidt’s Rose & Vanilla because the thought of a “scent” being charcoal and magnesium seemed a bit too weird or even manly for me to start with; but I found the rose and vanilla a bit too over powering. So I pushed my thoughts aside and smelled the charcoal & magnesium – it smells good! And is subtle, which I always like. I have issues with strong perfumes – please don’t stand beside me if you’ve o.d.’d on cologne or perfume (even if you don’t think you did), you’ll give me a headache in seconds. Thanks.

According to Schmidt’s, the deodorant is:

Do you still sweat while wearing the deodorant? Yes. It’s not antiperspirant after all. But I don’t sweat very much so it’s not a big deal for me. I can understand that if you’re someone who sweats a ton it might not be the best option, but give it a try and see.