Why Doctors Should Prescribe Dance
Close 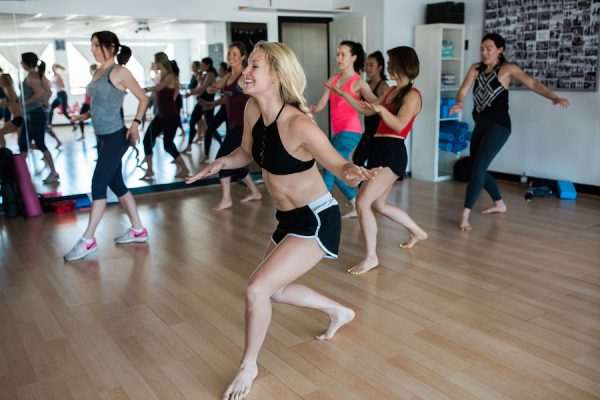 Eat a balanced diet. Exercise several times a week. Don’t smoke. We’ve all heard it from our doctors. But have you ever been prescribed dance classes? Probably not.

Yet that’s something that UK doctors may soon be doing. A government initiative is in the works to allow doctors to prescribe dance, music, and other forms of art to patients with health conditions like dementia, psychosis, and lung problems.

Now if only they’d prescribe it for everyone.

I strongly believe that in years to come humans will wake up to the health benefits of dance and begin prescribing it on the regular. There is already plenty of research to show how much it helps.

For example, in the Stanford Medicine video below, neurologist Helen Bronte-Stewart MD discusses how research indicates that dance improves mobility, balance, and gait (your ability to walk). Furthermore, the Mark Morris Dance Group created a program called Dancing for PD (Parkinson’s Disease) which Stanford now studies. The program (which has been running for over 15 years) has been so successful that it’s now in 16 countries around the world, 100 communities, and has over 600 teachers helping people with PD. It’s pretty frickin’ cool if you ask me. Watch below.

Another study published in Frontiers in Aging Neuroscience found that healthy participants who were put in dance classes had less brain deterioration than participants in other groups (who were required to walk or stretch). That’s huge.

If you want to read more on the study, click here.

Need more convincing? Here’s another study showing the positive effects of contemporary dance on cognitive flexibility. What’s that? Basically, being able to switch from one thought to another. In other words, dancing improves your brain functioning.

So, why not start dancing now, as a great way to prevent illness?

I do some work for a dance studio called iDance Vancouver where I get to film and teach some of the classes. I also take classes there for fun. I see the benefits first hand. People come out of class on such a high you’d think they just took drugs or something. The smiles are contagious. Dopamine feels like it’s filling the air (along with sweat). Everyone’s just had a great workout and they’re literally laughing and smiling about it. It’s no wonder a lot of clients come back nearly every day, or do two or three classes in a row. The atmosphere is awesome. Even when people feel shy about their dancing you can tell they’re still loving it. I thoroughly enjoy watching the videos afterwards, to see the joy in people’s faces. Everyone should be prescribed that joy. Doctors, take note.

You don’t think about it while you’re dancing but dance helps you in so many ways.

Good music that gets your endorphins going (and therefore boosts your mood)? Check.

A social activity that gets you moving and connecting with others? Check.

Exercise that’s so fun you often forget how much you’re working out? Check.

Exercise for your brain and memory as well because you need to remember certain steps? Check.

Plus dance doesn’t have any of the negative side effects that drugs have. Why prescribe a pill to try to make someone feel healthier? It makes no sense, other than to make the pharmaceutical companies richer. No one wants that. Why not prescribe something that truly helps people?

I know dancing can sound intimidating to some, especially those who claim to have two left feet, but that shouldn’t let it stop you. Everyone starts as a beginner at some point, it just takes practice. Be ok with feeling silly for a bit, you’ll soon get into it. Dance is something you can do at any age. Case in point:

One more, just because…

So get dancing, your body and brain will thank you for it! Your doctor may not be prescribing it just yet, but why not get ahead of the curve? 😉

Is something else still stopping you from dancing? Let us know why you haven’t taken the plunge yet!