Will Insect Protein Be The Next Big Thing?
Close 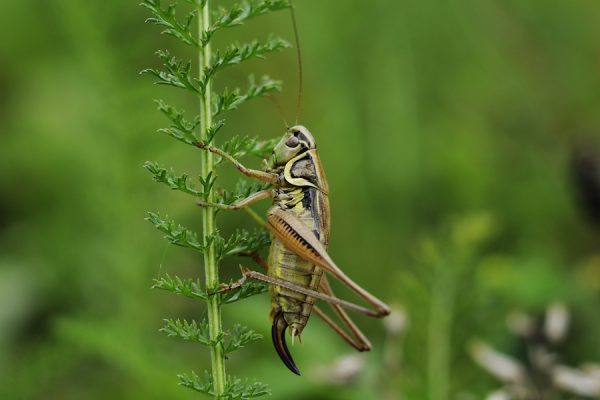 I think it just might. Why? Because people are moving away from all-meat diets. There isn’t enough meat to sustain everyone on the planet. And agricultural land is quickly eroding forests and natural habitats. Besides, there are tons of places all over the world that already eat insects, we just haven’t really jumped on that bandwagon yet. More than tons actually, try 80% of the world’s population. So why are we so behind?

It makes some people squirmy to say the least. But I think it’s time we get over that.

They’re better on the environment:

“100 gallons of water creates 6g of beef protein, 18g of chicken protein, and 238g of cricket protein. A family of four eating food made with crickets just once a week for a year would save 650,000 liters of water.”

Just how much protein do you get? And what else?

“Insect protein is high-quality protein. In a comparison of beef and cricket protein, crickets are 69% protein while beef is only 29%. Crickets contain nine essential amino acids, along with B12, iron, zinc, magnesium, sodium, potassium and calcium. Cricket flour contains more calcium than milk, and more iron than spinach.”

In case you’re thinking, so what? Who would want to eat insects? There’s a real market for it. Experts are expecting the global edible insects market to surpass $1.5 Billion by 2021. Who wants to invest? Am I right?

What types of insects are people eating?

So here’s your new word for the day: entophagy = “the technical term for eating insects.”

I’m up for trying insect protein. In fact, I actually have. I’ve tried a bite of a Coast energy bar made with cricket protein and never noticed any difference. It was good. Granted I only had a small sample, I haven’t eaten an entire bar yet, but judging by how popular they are, I’d say they’re probably more than alright.

And maybe it’s time I try whole insects as well. I’m not talking eating Survivor TV-style insects that are massive, slimy, and still squirming. I’m thinking more along the lines of crickets that are obviously no longer “with us” and are grilled until crispy. Add a little s&p and we’re golden. Maybe? It’s worth a shot.

If you’re not too squeamish, here’s a recipe:

Or start subtle, grab a protein bar that’s made with crickets. I bet you won’t even notice them.

Give it a go and let me know what you think!